← more from
Memory Music
Get fresh music recommendations delivered to your inbox every Friday.
We've updated our Terms of Use. You can review the changes here.

Learning to be Happy 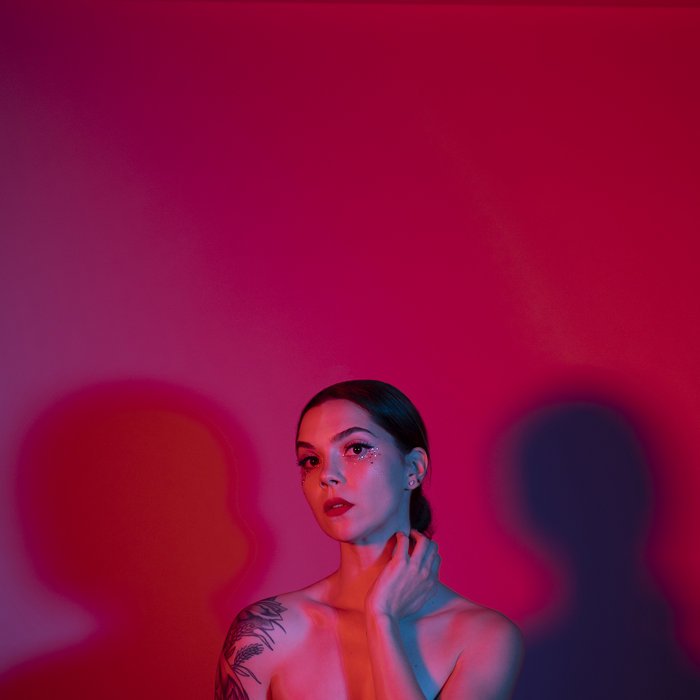 Brendan Quinn-Larsen Kayleigh Goldsworthy's sound takes it's next big step! "Learning to be Happy" sounds big. It bounces back and forth between a beautiful alt-rock sound with infusion of dream-pop. Don't let the gloss fool you though - KG's songwriting still feels intimate, like you've just had a late-night deep conversation with an old friend at a 24 hour dinner. One of the best of the year so far. Favorite track: Losing My Mind.

By early 2020, Kayleigh Goldsworthy had finally figured out who she was. The long-time hired-gun musician from Syracuse and based in south Philadelphia, who had spent a decade backing up the likes of Dave Hause, Bayside, Frank Iero, and others, was ready to commit fully to a solo career of her own work. The day after New Year's Day 2020, Goldsworthy started recording her second solo LP, seven years after her debut Burrower, with Will Yip at Studio 4 outside Philly.

Then everything changed. The job and life Goldsworthy had pursued since her teen years was ripped away: tours, shows, studio time, even band practices and writing sessions, all gone. Along with those went away a hard-won sense of self. All those things that had given Goldsworthy the confidence and push to believe in herself and her work disappeared.

“I had figured out who I was,” says Goldsworthy, “then this whole thing happened, and I had to figure out who I was again.”

These are the conditions that created Learning To Be Happy, a story of undoing and becoming that begins at what Goldsworthy thought was the end: that assuredness and strength of January 2020. This story unspools over a thrilling, winding saga of scrappy, arena-ready pop rock, charged pop punk, and acoustics-and-piano balladry. The LP’s 10 tracks are often heavy and sometimes dark, but always relentlessly confident and hopeful, threaded through with the sort of bruised optimism that rewards all those who do the difficult work of wrestling with what it means to be happy.

“Learning to be happy is a process of learning how to be yourself,” says Goldsworthy.

At the end of the day, this is immensely personal work. That’s why the cover of Learning To Be Happy is a shot of Goldsworthy, alone in the frame, her face adorned with rhinestones and glitter, backgrounded by a dark, vivid, shifting fuschia. The photo, like the record’s songs, are designed to feel like one has stepped into “a room full of light:” “It’s your little zen den,” laughs Goldsworthy. “I want you to feel happy.”

The songs’ aesthetics reflect this ethic, too: anthemic earworm melodies, carried like a triumphant banner on Goldsworthy’s crystal-clear voice, ride atop bombastic drums and guitars, recalling the best parts of mid-’90s to early-Aughts radio rock and pop. The approach is the product of a realization: “What’s the point of dedicating your life to this craft if it’s not fun?”

“Life is too hard to take yourself and your art too seriously,” says Goldsworthy. “We all need to find joy and a bit of laughter in the things that make life weird.”

The initial January 2020 sessions for Learning To Be Happy yielded three tracks, including lead single “Overambitious” alongside “Better” and “Happy Again.” Goldsworthy called in Joe Godino (The Menzingers) for drums and high school bandmate Aaron Garritillo on bass on these three, then she and Yip completed the remaining seven tracks, finishing tracking in November 2021. Goldsworthy handled vocals, guitars, synths, and keys, while Yip took on bass, drums, percussion, and backing vocals, forming what Goldsworthy describes as “the most badass, efficient two-person band ever.”

“Losing My Mind” opens the record with crunchy, wide-open, coast-roadtrip chording before Yip’s drums thunder in behind: “Day after day I think I’m losing my mind/Day after day remind myself I’m alright!” soars Goldsworthy’s chorus vocal. The somber acoustics of “Better” lead into the keys-led, defiant, boundaries-setting electro-pop of “Keep The Light On:” “I won’t keep beating myself up/‘cause you never called during the end of the world,” reckons Goldsworthy quietly.

“Overambitious” follows, the track that Goldsworthy says is the thematic cornerstone that gave her the self-confidence to build this LP. “I never raised my voice, I’m still learning how to use it/And then there’s boys like you, whose voices echo all the rooms,” sings Goldsworthy on the verse over guitar crunch. The chorus floors the pedal with a firework melody: “You didn’t want to believe what I always liked about me/I’m just a little overambitious!”

The quiet, finger-picked reflection of “Call Your Mother” follows with a plea for low-key internal work rather than loud declarations of intent. It unfurls behind Goldsworthy’s soft opening gambit: “Can we all stay quiet once?” Later, the mid-tempo churn of “Boomerang” soundtracks the painful process of letting someone back into your life, time and again, expecting them to have changed and the outcome to be different, only to be wounded anew. “You’re Good” comes next, a bittersweet, cheeky pop rock assessment of someone who becomes better only after they leave your life and find someone new. “I’m so happy that you’re good/Yeah I’m happy that you’re good, to her.”

“Little Ghost” closes the LP just with grand piano and Goldsworthy’s voice, a final post-mortem on the record’s adventures. Ghosts are all we have left of the people we leave and are left by; they haunt us at familiar restaurants, subway stations, venues, corners of our bedrooms. To someone else, we are those ghosts.

As both a record and a philosophical concept, Learning To Be Happy is, as Goldsworthy puts it, a never-ending waxing and waning: it is tumultuous and messy, not clean and final. The process is the point, and the next step is to share these songs live. At her shows, Goldsworthy wants everybody to be friends, for the experience to be casual and awkward and funny, just like the trials and errors of learning to be happy. She’s not any different than the people listening to her songs, trying to figure out how to feel better.

“I’m just your realistic friend that has a lot of feelings,” she says.


Thank you Will Yip, Tim Zahodski, Joe Godino, Aaron Garritillo, Nick Storch, my family and friends, and all of the little ghosts in my life.

There are so many people who have helped, supported, inspired, and assisted in my life and career which lead to the creation of this record, but I would additionally like to express my gratitude to everyone on my Patreon, The Golds Mine Discord, and Twitch. I am humbled and so fortunate to belong to such a supportive and wonderful community, without which none of this would be possible.

Bandcamp Daily  your guide to the world of Bandcamp

Mille Petrozza stops by to talk about the new Kreator album, plus music by Trauma Bond